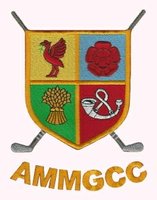 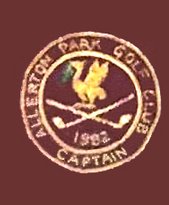 The AMMGCC is an Association of over 160 golf club Captain and Past Captains from numerous Merseyside Municipal Golf Clubs.

To provide a network for Municipal Golf Club Captains and Past Captains.

To encourage social engagement through competitions and events.

To promote Municipal golf and inclusion across Merseyside.

In 1979 the local Municipal Golf Clubs of Merseyside decided to form a Captains Association similar to that of the private clubs.

The difference being that all of the Merseyside Municipal club's past captains and current captains would be invited to join.

In September 1979 the Inaugural meeting was held at Bowring Golf Club with Mr Bill Clee presiding.

Thirteen clubs were involved and at the first A.G.M. Mr. Mike Casey Allerton Park G.C. was elected as the first Captain of the newly formed Association of Merseyside Municipal Golf Club Captains.

At this inaugural meeting the rota for Captaincy of the association was formed, it being held by Liverpool clubs and Wirral clubs in alternate years.

Each club elected a Club Representative and today's format was born.

In the early years, the format of monthly matches did not exist but matches against Flint past captains, our main golf day which was at Woolton, Ladies Day at Bootle and a Wirral v Lancs match were part of the fixtures.  A regular fixture list came into being around 1986 when the Lancs v Cheshire match was introduced, and a match against Flint Captains played.

Although, both were out of the fixtures for a number of years, the Lancs v Cheshire match was re-introduced in 2012 with resounding success and enjoyment for all those taking part.

The AMMGCC has enjoyed a continued membership of over 150 for many years, made up of Past Captains and current Captains. Some of whom come and go and come back again.

In 2016, the Association saw its first Hole-in-One recorded by a Captain of Captains while in office, Jim McCaffrey of Bootle Golf Club, at Bootle on their Par 3, 11th Hole.

The friendship and competitive spirit of the members of the AMMGCC is something we treasure and we're sure this will continue for many, many years.